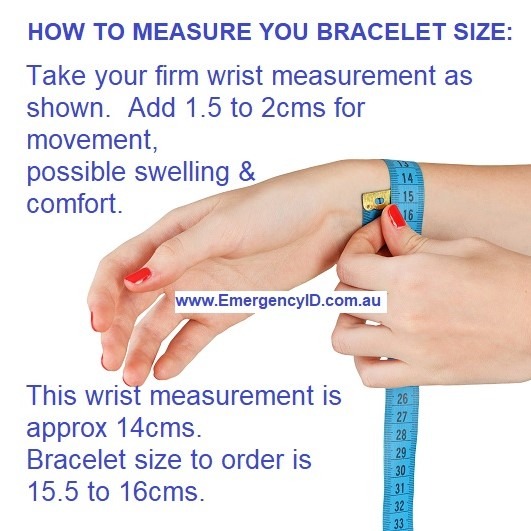 How do I measure my bracelet size?

We are often asked, “How do I measure to find my bracelet size?” Well, that is super easy.   Get a tape measure.  If you don’t have a tape measure use a piece of string, wool or anything you have on hand to wrap around your wrist as the picture shows.  Be sure to measure where… 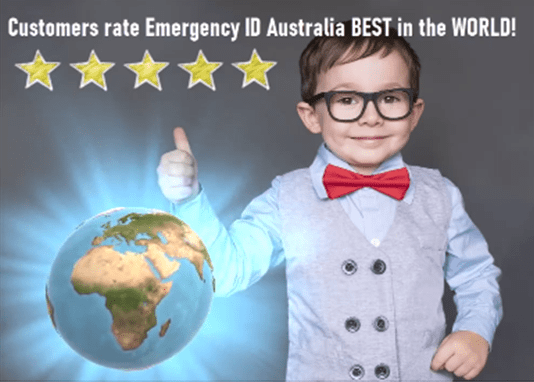 Emergency ID Australia has the MOST & the HIGHEST customer ratings on BOTH Google & Facebook out of ALL of our competitor’s WORLDWIDE! A HUGE thank YOU to all who leave reviews and recommendations – this greatly helps our Aussie business “stand out” when people are searching online against our international competitors. Every single one is…

A new patient information program designed to improve emergency care for people involved in car crashes or suffering serious illness at home has been released in Australia, following the success of similar programs in the United States which have been credited with saving thousands of lives.

What is an ID Spot

Emergency ID Spots are placed on a vehicle’s rear window or the front door of a house to alert police, paramedics and other first responders that a patient’s critical health information can be found inside, either in the glove box, on the sun visor or on the fridge.

From PTSD to entrepreneur

With an award-winning business under her belt, Over60 sat down with mum-of-three and ex-Police officer, Nicole Graham, to talk about how suffering PTSD and mitral valve prolapse led her to start Emergency ID to help others like her.

You used to work in the Police force, why did you decide to leave?
“I joined the Police force in 1989 at the age of 20. I had a strong sense of social justice and enjoyed the mateship within the force. We literally put our lives in each other’s hands and faced the most harrowing experiences side by side.

AUSTRALIA’S “shocking” rates of mental illness have inspired a Campbell Town woman to share her own story of hope.

Nicole Graham’s mental health deteriorated after continued exposure to horrific incidents during her 13 years with an interstate police force.

Working in Sydney, moving to an isolated all-male country post then being re-stationed in the busy city also took its toll.

“It was anything from murder and suicide to domestic violence to car accidents to farm accidents,” Mrs Graham said.

“Child abuse and sexual abuse, that was a speciality of mine, and cot deaths too.”

Nicole Graham was a street cop for 13 years, working in both busy Sydney suburbs and isolated small country towns. She is a multi-award winning business woman and entrepreneur. She is on several boards and advisory groups with beyondblue, NSW Police Force, Heritage Highway Tourism and was the President of the Australian Companies Institute (AUSBUY).
​
Nicole moved with her family to Tasmania in late 2014 where they purchased a heritage sandstone Church, which is being renovated into a café, functions & wedding venue, due to open in October.

The Ex-Cop Who Made It Through PTSD

Nicole Graham was a cop who worked on child abuse and sexual assault cases. She was also the first female police officer in the small country town she was living in on the NSW-Victoria border.

Before this, she considered herself someone who could handle life’s ups and downs like a “normal” person.

“They were very much a part my growing up, but I handled them and was still a very well balanced and positive person with a strong resilience,” she explained to The Huffington Post Australia. 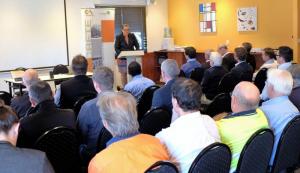 The Tasmanian Committee held the 2016 Construction Materials Industry Safety Seminar in conjunction with WorkSafe Tasmania October Safety Month. Health and mental health themes contributed to an engaging program introduced by the Minister for Resources and Building and Construction the Hon. Guy Barnett MP.

Two groups in Deloraine have banded together to show country Tasmanians its ok to talk about mental health.

Deloraine Kangaroos Football Club and Deloraine Rotary Club will host a beyondblue day on July 15 to raise awareness and improve the lives of people affected by anxiety and depression.

Beyondblue speaker Nicole Graham and Make.Runs.Maxi public speaker Rulla Kelly-Mansell will both speak at the event.

Emergency ID stickers a must

AS thousands of families hit the road during the peak holiday period, an Australian company has developed a simple yet effective way to provide Emergency Services personnel with critical patient information at the scene of serious accidents.

See your ad here
Emergency ID Australia has released a range of vehicle stickers for child seats, glove-boxes and inside car doors designed to alert paramedics and police to potentially life-saving information about a vehicle’s occupants such as illnesses, medications, allergies and next of kin details.

The Australian Society for Emergency Medicine (ASEM) considers Emergency ID Spots a great initiative for patients, Emergency Service providers and Emergency Departments.
Having access at first contact to important information that may not otherwise be supplied can be life saving.