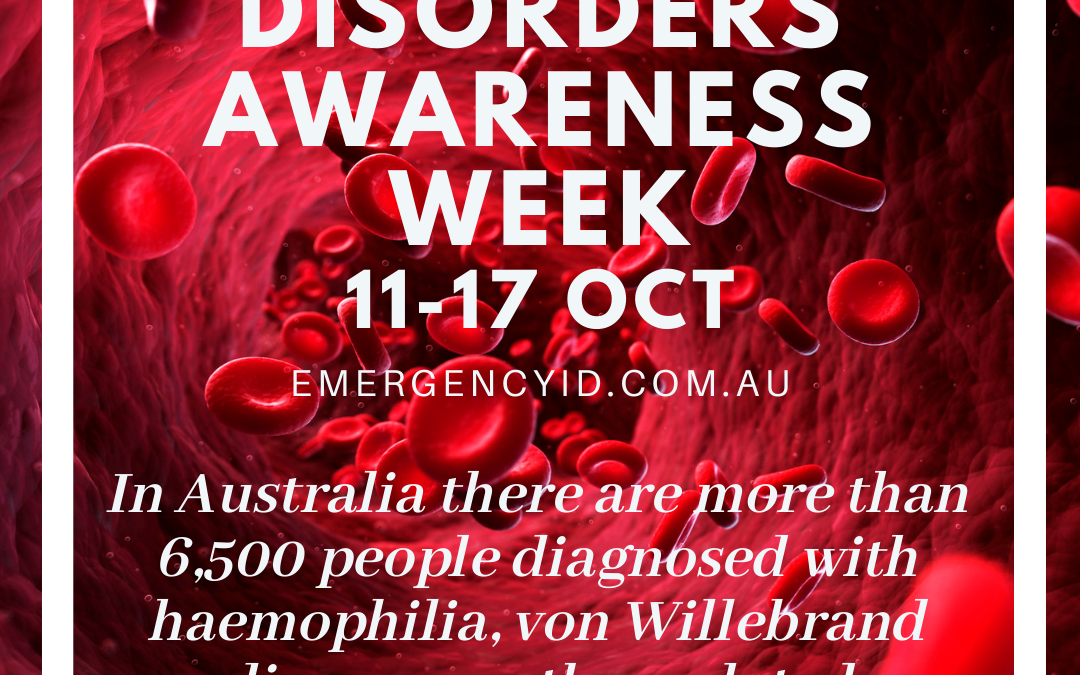 More than 6,500 people in Australia have been diagnosed with a bleeding disorder.